YOUR YEAR IN SPAIN

Making the decision to move to another country can be both exciting and daunting, as we discovered when we moved to Granada for our year in Spain. We realised there were few resources to aid the complex process of moving country. Drawing on what we learned ourselves and by helping many other families move to Spain, we have gathered in-depth knowledge on what is required and all considerations for a sabbatical year. It is our passion to assist you in creating a positive and smooth experience of living in Spain.
​ 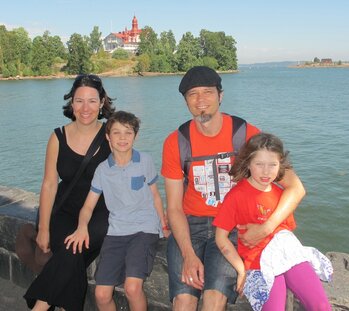 Bianca - Founder
Bianca who resides in Sydney, Australia, is an adventurer in work and life. Having transitioned from a career in the Hollywood film industry to becoming an environmental campaigner for 10 years with Greenpeace, WWF and other organisations, she is now a Director of a Leadership Consultancy called Serendis.

Bianca has always had a passion for languages and other cultures since her exchange year in Switzerland at the age of sixteen. In 2013/14, she fulfilled a long-time dream of taking a sabbatical year with her family in Spain. They spent a year in Granada, Andalusia where she was inspired her to write a blog - Our Year in Spain - in which she documents her experiences, insights and observations of life in Granada and repatriation to Australia.

Since then she has helped families from around the world to fulfil their own dream of living in Spain. She has partnered with her local friend in Granada, Christine, to share everything they know about moving to and living in Spain. Bianca holds a Bachelor degree in Communications from the University of Technology, Sydney and post graduate qualifications in Environmental Management from the University of NSW, Australia. 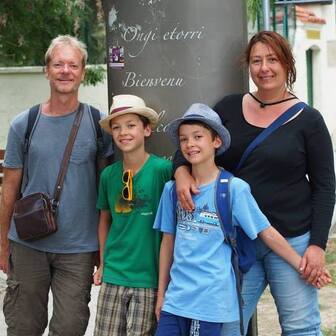 Christine - Specialist Adviser in Spain
Christine has travelled extensively around the world before settling Spain twenty years ago (the last decade in Granada). She is a native French speaker as well as being fluent in English and Spanish. She has raised her two children in the Albayzin area of Granada and has been an active member of the community, having contributed to many local initiatives, programs and school activities. Today she remains involved in advisory committees within her children’s schools, providing her with first hand knowledge.

Having graduated from the Sorbonne University in Paris (Organization and Human Resources - Paris 1992), Christine has worked as Head of Human Resources in private banking, as well as an organizer for cultural festivals and art galleries.

​She now shares her time working with  Your Year in Spain helping people organize their sabbatical in Spain as well as with a Scottish-based travel company: “Walk the Camino ”, where she arranges the travel logistics for people walking the Camino de Santiago. Christine has exceptional skills, local knowledge and genuine care to help people in all aspects of their move to Spain, saving them time on the ground and enabling a smoother arrival and settling in period.